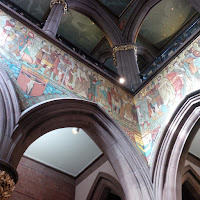 I've talked about my experiences with portraiture before. I'm often (unjustifiably) amazed at the sheer variety and imagination in depicting the human face. The Scottish National Portrait Gallery is an astounding ode to this creativity, with several floors, some areas devoted to portraiture through out history while others feature changing exhibitions of both contemporary and historical work.
There is a huge variety of mediums from sculpture to photography and even a library that features the death masks of several eminent figures (like Samuel Beckett and John Keats) as well as those of infamous or "unsavoury" characters (these ideals heavily influenced by physiognomy!) 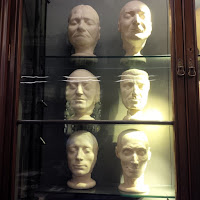 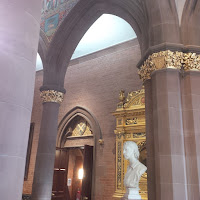 The BP Portrait Award, showing until the end of February, shows contemporary portrait painting from around the world (I have more to say about this show specifically but I'll save that for a real post). 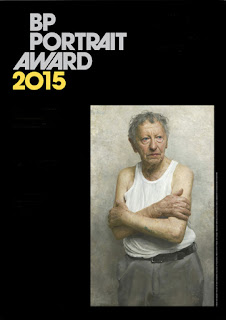