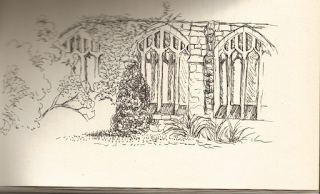 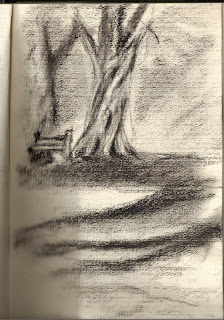 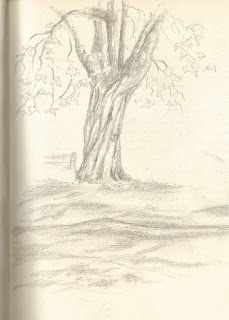 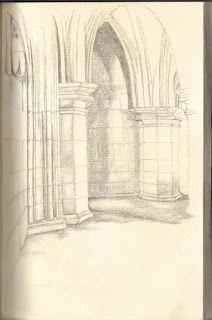 Cry Me a River

Waiting for Winter from 1windowbird on 8tracks Radio.

As I step out into the leaden grey sky, a gust of wind tumbles dead leaves across my path. The air is the smokiness of autumn but with a chill that holds the promise of the snow to come...fall is here but not for long
Posted by Shauna at 1:00 AM No comments:

Fall in the Air, Fire in the Sky

This series of paintings is based on a class workshop where each student was asked to teach something to the class. I chose kung fu. I chose to translate this through enso paintings because of the many shared philosophies between the two practices. Both are a Buddhist tradition (Shaolin Five Animal Kung Fu) and can be linked in terms of both mindset and movement.

These works are not true enso paintings in the strictest sense but were heavily inspired by the philosophy behind it. Enso in Zen Buddhist painting is a moment where the mind is free to let the body and spirit create. It is not an art form practised by professional artists but rather a form of meditation, letting the spirit be present in the work. It is believed that the true character and spiritual realization of the painter is demonstrated through the mark making.

Since this series was based on my kung fu workshop, I strove for the evidence of explosive movement coupled with dedication to the stroke. I also wanted to draw the connection between myself and my art, creating a more personal aspect to it. To me, they symbolize the inherent perfection of imperfection, the striving to improve but also the humility to accept things as the way they are meant to be.

“The true value of a human being can be found in the degree to which he has attained liberation from the self.”

― Albert Einstein
Posted by Shauna at 3:00 PM No comments:

Lost in the Woods