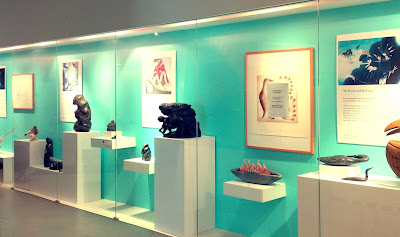 Happy Nunavut Day! July 9 celebrates two acts passed in 1993, the Nunavut Land Claims Agreement Act and the Nunavut Act. Nunavut then officially became a territory on April 1, 1999.
The museum of Inuit Art is marking this date with the opening of a wonderful new exhibition, Unikkaaqtuit: Inuit Creation Stories. It features pages from several different creation myths along with many sculptures from the collection.
Posted by Shauna at 6:58 PM No comments: